Top Posts
Follow us for Additional Giveaways & Exclusive Promotions
A Beginner’s Guide to Religious Travel
A Look at how Savvy Travel Advisors Successfully...
What Americans Need to Know About Health Insurance...
Why It’s Crucial to Book Trips With Travel...
Marijuana Tourism Industry Growing as Perception Changes
Tampa Bay couple waited months for travel insurance...
Do People Even Care About CDC Travel Warnings?
Taking Calls From Travelers
Proof of negative COVID-19 test required for US...
Thinking About Traveling During the Coronavirus Outbreak? Using...

Iceland is a volcanic island located in the North Atlantic Ocean, 300 km east of Greenland and 900 km west of Norway. The main island, which lies south of the Arctic Circle, covers an area of 103,000 km, which is roughly the size of the U.S. state of Virginia or slightly bigger than Ireland. Iceland’s climate is subpolar oceanic, meaning it has cold winters and cool summers, although the winters are milder than most places of similar latitude thanks to the Gulf Stream, which ensures a more temperate climate to coastal areas all year round. Icelandic landscapes are shaped by the forces of nature and vary from deep fjords to vast volcanic deserts. Through to black sand beaches, snow-capped mountains, and staggering waterfalls. Iceland’s nature remains mostly unspoiled as the island is scarcely populated. Today, Iceland ranks amongst the wealthiest and most developed countries in the world, as well as one of the cleanest, with more than three quarters of its energy consumption derived from hydroelectric & geothermal sources. Iceland is also home to a flourishing art scene and a vibrant cultural life, as testified by Iceland’s countless museums and art galleries, and by the recent opening of the Harpa concert hall in Reykjavík – the largest building of its kind in Northern Europe.

Arrival at Reykjavik airport where you are met and transferred to the 4 star Fosshotel Reykjavik (or similar 4 star hotel) with accommodation in Standard room including breakfast daily.
Time at leisure to explore the city center.

Take a minibus tour of the Golden Circle with a maximum of 18 participants. See natural formations, such as geysers, waterfalls, lakes and more. Visit Thingvellir, a historic landmark and the place where the Icelandic Commonwealth was founded. Take a chance to visit the best place on earth to view the North Atlantic Divergent Ridge. See eruptions of up to 20 meters high at Strokkur, which erupts every 3 to 4 minutes. Pass by the dormant Geysir. Next, view the majestic power of Gullfoss, considered the most beautiful of Iceland’s 30,000 waterfalls. It is often referred to as the Golden Waterfall as this is the direct translation into English. Here we will make a stop for lunch. Then, travel to Kerið, a striking crater lake filled with milky blue-green water and surrounded by stark black and deep red slopes. End the day at the famous Blue Lagoon (admission ticket not included, requires pre booking personally), where you’ll enjoy bathing in the relaxing geothermal waters. After around 2 hours we will depart from the Blue Lagoon and finish the day off with drop off in Reykjavik. Small-group tour Admission to the Kerid Volcanic Crater Professional guide Hotel pick-up and drop off in Reykjavik Wi-Fi included USB charging sockets on-board

Meet your host at 6pm at Bryggjan Brewery in the heart of Reykjavik’s Old Harbour. for two hours of food and drink that celebrate local culture. Learn about the history of Iceland’s brewing as the host brings Iceland’s past to life, illustrating how locals survived and thrived in the harsh conditions of the far north. Taste a series of traditionally-brewed Icelandic ales along with more modern craft beers. Try six courses of tapas style small plates, from fish that was caught just steps away from the restaurant to Icelandic lamb that was raised free-range in the northern mountains. Enjoy an informal and friendly atmosphere, with plenty of time to ask questions about eating, drinking and traveling in Iceland. Meet fellow travelers and foodies, start conversations about Iceland’s current affairs and culture, and get the perfect overview of the Icelandic food scene in one perfect meal. After your meal is over, take time to explore the Old Harbor on your own or with new friend—this colorful, vibrant neighborhood is a wonderful place to browse shops, visit galleries and watch fishing boats come and go.eep understanding of what makes it such a special place.

The trip doesn’t include:
Travel insurance
Meals and beverages not indicated in “The rate includes”
Local city tax
Entry fees to sights and museums unless noted
Transportation to tour meeting points and from tour end point unless noted
Tips/Gratuity
airfare/rail tickets 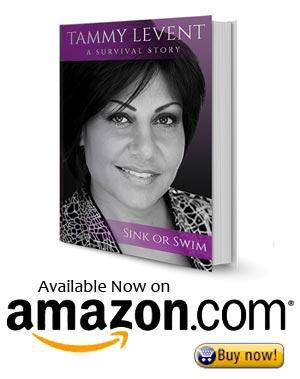 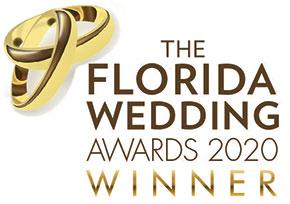